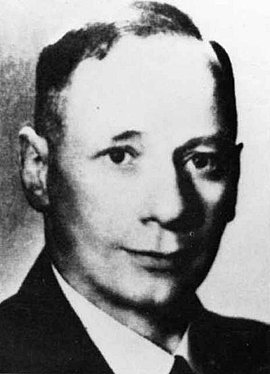 Franz Kaufmann studied law and political science and obtained his doctorate in law. After the First World War he initially worked at the municipal authorities in the Berlin district of Charlottenburg. In 1922 he was appointed to the Prussian Interior Ministry and rose to the position of senior executive officer in the Audit Office. Kaufmann was dismissed in 1936 because of his Jewish origins. A conservative Christian, from 1940 on he was a member of the Confessional Church in the district of Dahlem in Berlin. Protected from deportation by his marriage, he began working with Pastor Heinrich Grüber’s Office, organizing help for victims of racial persecution. Kaufmann formed a group of helpers, especially members of Dahlem Confessional Parish, some of whom were personally at risk. He used his wide range of contacts as a former government official to find hiding places and obtain false passports and food ration cards for victims of persecution. After a denunciation and forced confessions, Kaufmann and around 50 other people from his wider circle were arrested. He was held in custody for almost six months, brutally maltreated and repeatedly interrogated. Without ever bringing him to trial, the Secret State Police (Gestapo) murdered Franz Kaufmann on February 17, 1944 in Sachsenhausen concentration camp.