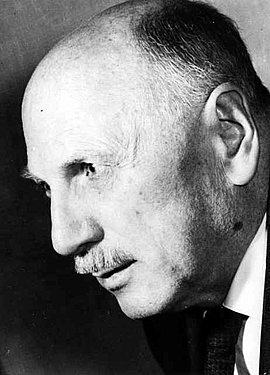 Ernst Niekisch, a former socialist and member of the Munich Soviet government in 1918/1919, developed a national revolutionary ideology in the 1920s, seeking to combine nationalist and socialist aims. Niekisch published the journal Widerstand (Resistance) from 1926/27. When Niekisch’s circle gained new members from Beppo Römer’s nationalist paramilitary organization Bund Oberland around 1930, the “Widerstand movement” became more organized. It had contacts with Social Democrats, Communists, and trade unionists, but also to oppositional members of the military, police force and clergy. After the National Socialists took power, Widerstand became a magnet for national revolutionary opposition to Hitler, with Niekisch as its intellectual leader. An attempt to form a national revolutionary anti-Hitler front through contacts with Römer and the Reichswehr officer Scheringer, who had gone over to the KPD, failed. Niekisch was arrested on March 22, 1937, because of his untiringly published observations on the “Third Reich.” He was sentenced to lifetime imprisonment by the People’s Court in January 1939, along with Joseph Drexel and Karl Tröger. Released from Brandenburg-Görden penitentiary in ill health in 1945, Ernst Niekisch was never granted recognition as a resistance fighter and victim of National Socialism, even up to his death in 1967.