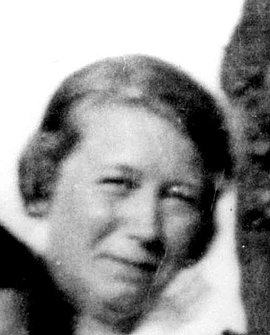 Emmy Windhorst was born in Lübbecke in 1900 and worked as a domestic servant after leaving school. She lived in Berlin from 1918 on, and in the mid-1920s married Richard Zehden, who later suffered discrimination under the Nuremberg race laws. In 1930 she joined the Bible Students (Jehovah’s Witnesses). Her husband was sentenced to almost a year’s imprisonment in 1938 for belonging to this religious community. Like all Bible Students, Emmy Zehden was a determined opponent of military service, and influenced her nephew to go into hiding to avoid being drafted. Although her husband was in prison and Emmy Zehden knew that her views might have dangerous consequences, she stuck to her convictions. She was sentenced to death for hiding her nephew and two other Bible Students evading the draft. Following rejected pleas for clemency, Emmy Zehden was murdered in Berlin-Plötzensee on June 9, 1944. Her farewell letters were never given to her family.