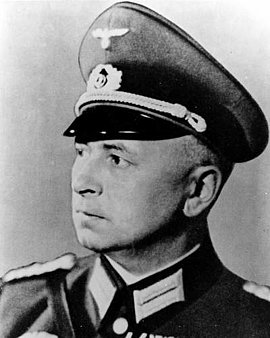 The career soldier Eduard Wagner was quartermaster general of the Army from 1941 on. He shared the conspirators’ concern about the outcome of the war, and supported the preparations for an assassination attempt on Hitler by the different groups in the military opposition. In June 1944 Eduard Wagner urged Claus Schenk Graf von Stauffenberg to decide quickly about the assassination in order to prevent the advance of Soviet troops on Reich territory. Among his other contributions, on July 20, 1944 Wagner provided the airplane for Stauffenberg’s return flight from East Prussia to Berlin. The Gestapo rapidly discovered Wagner’s major role in the coup attempt. To escape arrest, Eduard Wagner committed suicide at noon on July 23, 1944.