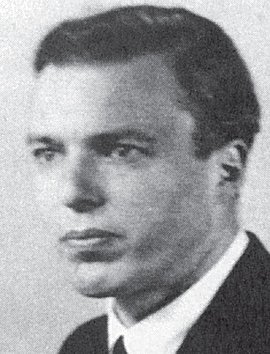 After studying law at various universities, Berthold von Stauffenberg began his academic career as an instructor of international law at the Kaiser Wilhelm Institute of Foreign and International Law in 1927. He was married to Maria Classen, with whom he had a daughter and a son. For two years he worked for the Permanent Court of International Justice at The Hague before returning to his institute in Berlin in 1933. In 1939, Stauffenberg was inducted into military service and assigned to the Naval High Command as a naval staff judge. Berthold von Stauffenberg established contact with the military opposition earlier than his younger brother Claus, to whom he had been particularly close since the days of their childhood. On July 20, 1944, Stauffenberg was in the Bendler Block, the focal point of the conspiracy in Berlin, where he was responsible for liaison with the navy. He was arrested that same day; on August 10, 1944, he was sentenced to death by the People's Court and executed in Berlin-Plötzensee.