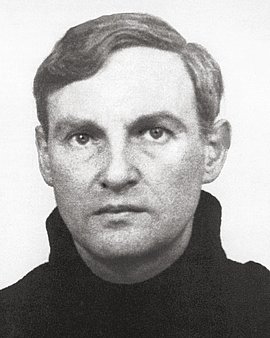 In World War I, the lawyer and writer Armin T. Wegner signed up for the medical service in the Ottoman Empire, where he witnessed the Armenian genocide. He documented this crime, which led to his dismissal from the German military in 1917. In 1919 he cofounded the Conscientious Objectors League and became its managing director. In reaction to the boycott of Jewish businesses on April 1, 1933, Wegner wrote a letter to Hitler protesting against the persecution of Jews. The Gestapo arrested Wegner on August 16, 1933. Initially imprisoned in the Columbia-Haus concentration camp in Berlin, he was interned in various other camps before being released at the end of 1933. Wegner left Germany and went to Italy in 1936, where he lived until his death in 1978.