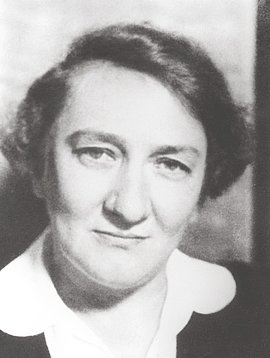 Antonie Pfülf was born in Metz, which was part of Germany at the time, on December 14, 1877, and grew up in a bourgeois family. Against her parents’ wishes, she went to Munich to teacher training college in 1896 and taught at various schools in Upper Bavaria from 1902 and from 1907 in Munich. Moved by the child poverty she experienced as a young teacher, she performed volunteer work on behalf of orphans and the poor up to 1928. Toni Pfülf was a member of the SPD from 1902 on and fought for equal opportunities in the education system, including enabling working-class children to attend higher schools. In 1919 she was a member of the Weimar National Assembly and from 1920 to 1933 a member of the Reichstag. She supported equal rights for women and campaigned against the death penalty. She was also an early opponent of National Socialism, calling on the SPD and labor union leaderships to take decisive action. On March 24, 1933, she was present in the Reichstag with other SPD members, despite the terror and the wave of exiles, to vote against the Enabling Act. When the majority of the SPD parliamentary group decided on May 17, 1933 to accept a moderate government declaration on foreign policy issues by Reich Chancellor Adolf Hitler, she criticized this decision. On her return from Berlin to Munich, she made a long-considered attempt to commit suicide. She repeated this attempt on June 8, 1933, and died in her Munich home. Her death notice, formulated in advance, said: “She went secure in the knowledge of the victory of the great cause of the proletariat, which she was allowed to serve.”