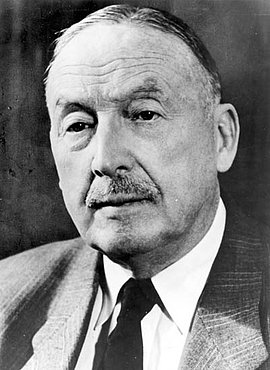 The agriculturalist Andreas Hermes soon acquired a reputation as an exceptional agricultural expert and at the age of 42 was appointed Reich minister of nutrition and agriculture. Even after leaving office in 1923, he remained one of the most influential and well-known politicians in Germany's Center Party as a member of parliament. He was married to Annemarie Schaller, with whom he had two daughters and three sons. As president of the Vereinigung Deutscher Bauernvereine (Association of German Farmers Societies), he resisted being forced to conform to the National Socialist party line. In March 1933, the National Socialists were only able to avert his reelection by arresting him. Hermes avoided persecution by the National Socialists by going to Columbia as an economic advisor in 1936. However, he returned to Germany in 1939 and soon joined the circle around the Catholic Ketteler-Haus in Cologne. Carl Goerdeler entered Andreas Hermes in his cabinet lists as minister of agriculture. Hermes was arrested after the attempted coup of July 20, 1944, and was sentenced to death by the People's Court on January 11, 1945. Due to fortunate circumstances, he was able to survive and went on to become one of the founders of the Christian Democratic Party in Berlin in 1945.