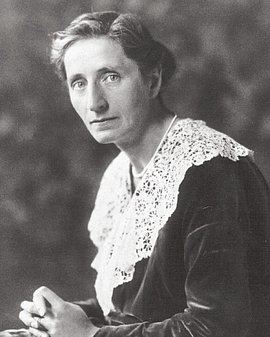 The social scientist Alice Salomon became involved in the women's movement early on and campaigned for equal pay for men and women and for women's right to vote. She founded the Academy of Social and Pedagogical Women's Work in 1925, laying the foundation for academic training in social work. In May of 1933, Salomon closed the academy to evade an imminent Gestapo raid. Because of her Jewish descent, she was dismissed from all offices and not allowed to publish her work. She founded an aid committee to help Jewish women social workers leave Germany. The Gestapo forced her to emigrate in 1937. Two years later she was expatriated and had her doctorate revoked. Alice Salomon died in New York in 1948.