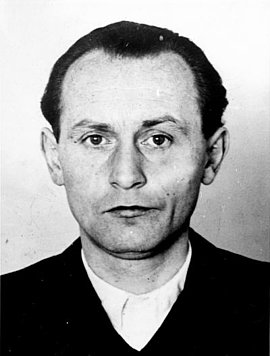 Alfred Kowalke, born in Berlin in 1907, grew up in a working-class family and learned the carpenter’s trade. He joined the KPD at a young age and attended a training course in Moscow in 1932/33. After 1933, Kowalke was a member of the KPD’s regional leadership in Prague. He transferred to the West German regional leadership in 1937, working in close cooperation with Wilhelm Knöchel. Kowalke returned to Germany on several occasions to take part in the illegal struggle against National Socialism as an instructor. After 1937 he was active in Bremen, Dortmund, and the Aachen region. From 1941 on, he was a key member of the resistance organization around Knöchel. Alfred Kowalke was arrested in Berlin on February 2, 1943, sentenced to death by the People’s Court on November 5, 1943, and murdered in Brandenburg-Görden on March 6, 1944.