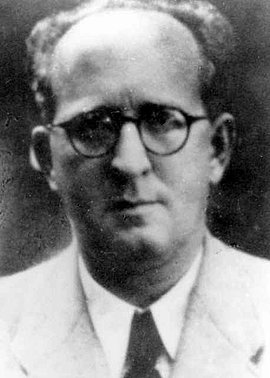 Born in Berlin, Alfons Maria Wachsmann moved to Breslau after his father’s death, and volunteered for the armed forces in August 1914. Although he had been suffering from malaria since 1917, he was not discharged from the army as an NCO until January 1919. He had started studying theology in 1915/16, and completed his degree in 1920/21. He was ordained as a priest by the cardinal of Breslau, Bertram, in 1921. That same year, he became the second chaplain of the Sacred Heart Church in Görlitz, and in 1924 moved to Berlin’s Sacred Heart Church, where he concentrated on pastoral care. He was strongly influenced by the ideas of Carl Sonnenschein and Romano Guardini. In 1929 he took over a parish in the Pomeranian university town of Greifswald. He was particularly involved in pastoral care for the town’s students and workers. Wachsmann took an early stand against National Socialism. He regularly listened to foreign radio stations, passing on the information he found out, which he referred to as “truth service.” During the Stettin Gestapo’s operation against Catholic priests in Pomerania, Wachsmann was arrested on June 23, 1943, sentenced to death by the People’s Court on December 3, 1943, and murdered in Brandenburg-Görden on February 21, 1944.