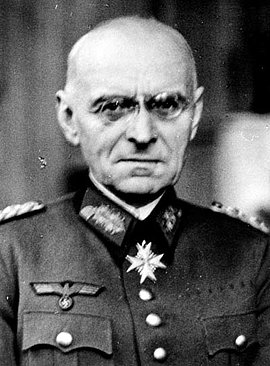 Alexander von Falkenhausen, a former military commander in Turkey, joined the Reichswehr after World War I. He was later elected into the Saxon regional parliament for the German National People's Party. Falkenhausen disapproved of the National Socialists taking power and arranged to be sent to China as a military advisor in 1934. For the sake of his family, he returned to Germany in 1938 after pressure from Foreign Minister Joachim von Ribbentrop. In Berlin, he came into contact with the resistance circles formed around Ludwig Beck and Carl Friedrich Goerdeler, maintaining links to the opposition activists in counterintelligence and the Foreign Office and to members of the Kreisau Circle. From 1940 to 1944, he was military commander of Belgium and northern France. After the failed attempt on Hitler's life of July 20, 1944, Alexander von Falkenhausen was arrested on July 29, 1944, and held in various concentration camps. Transferred to Dachau concentration camp in April 1945, he was taken to Tyrol with a group of Sippenhaft and special prisoners, and liberated there in early May. After the end of the war, the Allied occupation authorities extradited him to Belgium in 1948. He was sentenced there to several years' imprisonment in 1951 but then released shortly later. There he was sentenced in 1951 to several years in prison but was released shortly thereafter.