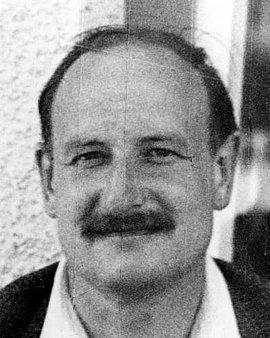 Albrecht Haushofer, a geographer, was the son of an influential geopolitician, Karl Haushofer. After the National Socialists took power, Albrecht Haushofer tried to influence the foreign policy concepts of Hitler’s close confidant, Rudolf Heß. Albrecht Haushofer was general secretary of the Geographical Society from 1928 to 1940 and professor of political geography and geopolitics from 1940 on. He taught in Berlin at the Hochschule für Politik (School of Political Science) and the International Sciences faculty of Friedrich Wilhelm University. After Heß’s airplane flight to England in May 1941 Haushofer was arrested and then released again, but remained under surveillance. However, he was able to make contact with conservative resistance circles and was involved in the plans for reforming the Reich and the administration. After the unsuccessful coup attempt of July 20, 1944, Albrecht Haushofer went into hiding in Bavaria. The Gestapo tracked him down in mid-December 1944. On the night of 22-23 April, 1945, he was shot dead by a special detachment of the Reich Security Main Office near Lehrter Straße Prison in Berlin. During his imprisonment in Moabit Prison Haushofer wrote many sonnets. After his murder they were discovered on the grounds of Lehrter Station, and remain some of the most impressive testimonials of the resistance against National Socialism.