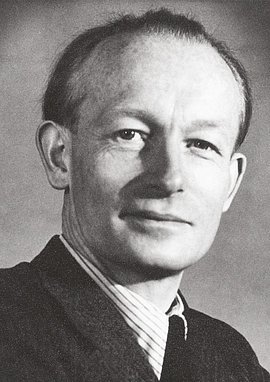 Adolf Reichwein, an educator and close associate of Prussian minister of education and cultural affairs Carl Heinrich Becker, spoke out in support of a program of community colleges, adult education programs, and continuing education for teachers after the First World War. In 1930, Reichwein became a professor of history and political science at the newly opened Academy of Education in Halle. There he was dismissed for political reasons on April 24, 1933. He was married to Rosemarie Pallat, with whom he had three daughters and a son. Reichwein spent the following years as a country schoolteacher in Tiefensee near Berlin, later as an educator at the State Museum of German Folklore in Berlin. From 1940 on, he was in contact with the resistance circles around Wilhelm Leuschner and Julius Leber and was himself a member of the Kreisau Circle. In the summer of 1944, he met with the Communist leaders Anton Saefkow and Franz Jacob. These contacts led to his arrest in early July 1944. Adolf Reichwein was sentenced to death by the People's Court on October 20, 1944, and murdered the same day in Berlin-Plötzensee.