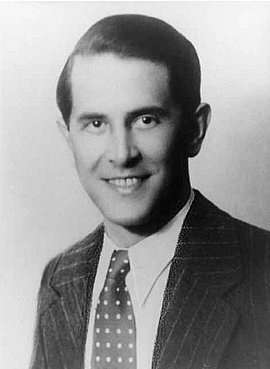 Adolf Freiherr von Harnier, a jurist from Munich, converted to the Catholic faith in 1934. In the National Socialist era he defended clerics before the courts and worked as a legal counselor for Jews until 1939. Harnier was deeply convinced that National Socialism would bring about its own destruction. He remained loyal to constitutional ideas in the monarchistic sense as the model for the period after the end of National Socialism. Starting at the turn of the year 1936-37 he became the intellectual and political leader of a group of regime opponents whose aim was to restore the monarchy in Bavaria. His contacts extended both to the middle-class resistance and to illegal workers’ groups in Bavaria. The Gestapo succeeded in planting an informer in the Munich circle around Harnier and discovered its links to the German Communist Party (KPD) in Zürich. Adolf Freiherr von Harnier was arrested in 1939. After five years in custody awaiting trial, he was sentenced to ten years in a penitentiary in 1944. On May 12, 1945, shortly after his liberation from Straubing Penitentiary by US troops, he died from the effects of his imprisonment.