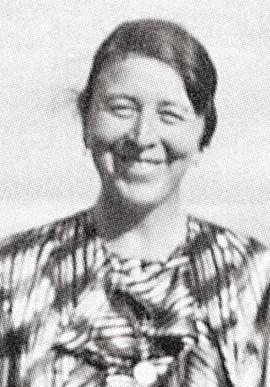 Marianne Hapig was the third of five children born to Xaver and Luise Hapig in Hohenthurm near Halle (Saxony). She attended the Francke Foundations school in Halle and then graduated as a social welfare worker from the Catholic Women’s Association of Germany’s women’s social school in Berlin. In 1921 she became a social worker focusing on tuberculosis for the borough of Berlin-Neukölln. During this time she met the jurist Marianne Pünder; their friendship lasted as long as they lived. Marianne Hapig was appointed a social welfare worker at Berlin’s St. Hedwig hospital in 1929. A committed Catholic, she rejected National Socialism. She and Marianne Pünder supported Jewish people who attempted to escape their imminent deportation. After the attempted coup of July 20, 1944, the two women tried to stand by the relatives of those arrested and provide them with legal assistance and lodgings. At the same time, they took care of prisoners in the prisons at Tegel and Lehrter Straße. Among them was Marianne Pünder’s brother, the former undersecretary of state Hermann Pünder. They brought the inmates food but also gave the imprisoned priests and monks communion wafers and wine for religious purposes. They managed to smuggle Alfred Delp’s manuscripts out of Tegel prison, and also the farewell letter from Nikolaus Groß.