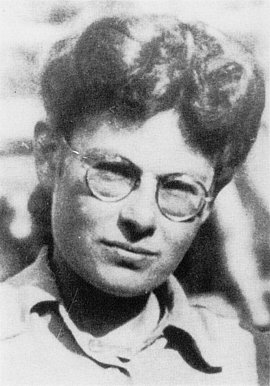 Marianne Cohn grew up in Berlin until her family emigrated to Barcelona in 1934. On the outbreak of the Spanish Civil War, Marianne and her sister Lisa were sent to Paris and soon afterward to Switzerland by an aid organization. When their parents were forcibly settled in Moissac after entering France, the family came together again. In Moissac, Marianne Cohn joined a scouting organization that placed Jewish children and young people illegally in children’s homes or non-Jewish families. As some of these children had problems coping in the Catholic families and many of them spoke with heavy accents, taking them in proved too risky. Help for their escape was organized on both sides of the French-Swiss border. Small groups of children were taken over the border in stages by night. Three to four of these secret children’s transports left for the Swiss border every week until September 1943. On May 31, 1944, Marianne Cohn was accompanying one of these groups and was checked by German customs officers shortly before the Swiss border. She told them the children were expected in the nearby vacation colony, but when they established that this was not the case and realized they were Jews, the officers arrested the whole group. An escape was prepared for Marianne Cohn but she did not go through with it for the sake of the children. She did manage to get the smaller children freed while the older ones had to work in a hotel kitchen. She herself was murdered near Annemasse on July 8, 1944.