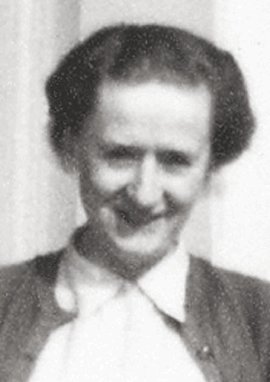 Margarethe von Oven was born in 1904, one of four children of Lieutenant Colonel Ludolf von Oven, and grew up in Berlin. Their father fell in 1914. Margarethe von Oven had to contribute to the family income from a young age, working as a typist from 1920 and getting her first job at the Reichswehr Ministry in 1925. By 1933 Margarethe von Oven was secretary to General Kurt Freiherr von Hammerstein-Equord and later also to Colonel General Werner Freiherr von Fritsch. After several postings abroad, in 1938 to Budapest and in 1940 to Lisbon, she was brought back to Berlin by Henning von Tresckow in the summer of 1943, to work as a secretary for the Army Group Center rearguard. Along with her best friend Erika von Tresckow and Ehrengard Gräfin von der Schulenburg, she was a trusted confidante of the conspirators around Stauffenberg, Tresckow, and Olbricht. The three of them drew up the “Valkyrie” drafts in writing and typed up the clean copies.