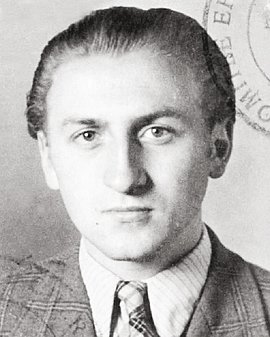 Born in Hamburg-Eimsbüttel, Günter Discher was a record fan from an early age and was given a tabletop gramophone when he was ten. He began collecting records in 1937, increasingly swing and jazz. His enthusiasm for swing brought him into contact with other swing kids. After completing his schooling, Günter Discher took a commercial apprenticeship. As the National Socialists categorized swing as undesirable music, buying records became more and more difficult. Günter Discher knew ways to get hold of them, however, and delivered them to bars in Hamburg-St. Pauli. A friend of his was a soldier stationed in Denmark and sent records to Germany for him. The parcels were labeled “army mail” so that they crossed the border without being opened by customs. From 1941 on, buyers were required to exchange two old records for every new one, and Günter Discher negotiated with dealers to obtain old swing records. By 1942, 17-year-old Günter Discher had a collection of around 400 records. The Gestapo became increasingly interested in him and he was arrested on November 1, 1942. They searched his home but did not find any records, because he had hidden them three days previously. Denounced by his neighbors, who had heard him playing swing music, he was arrested again in January 1943 and put into Moringen youth concentration camp. He was liberated by Allied troops in May 1945 and returned to Hamburg. He suffered chronic health problems as a result of his imprisonment and had to undergo several operations.