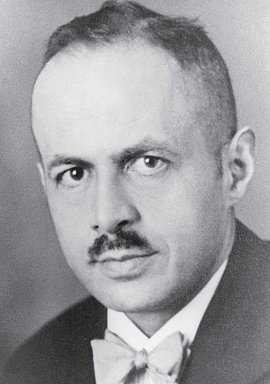 Friedrich Weißler was born in Upper Silesia; his father Adolf was a lawyer. His parents were originally Jewish but had him and his brother baptized as Protestants. Friedrich Weißler studied law and gained his doctorate in 1914. After fighting in the First World War he continued his legal training, becoming an assistant judge in Halle in 1922. He married Hanna Schäfer that same year and they had two sons. In 1932 Weißler became director of the Magdeburg regional court.
Following various instances of bullying and harassment, the SA dismissed him from the judicial service on July 21, 1933. Weißler had previously imposed a fine on a defendant who appeared in court wearing SA uniform.
After his protests against his dismissal were not successful, Weißler went to Berlin and in November 1934 became the legal advisor to and in 1936 chief of staff of the Confessional Church’s provisional governing body. In 1936 he played a key role in writing the critical memorandum to Hitler from the provisional governing body and the council of the German Evangelical Church. This paper made its way to the foreign press and caused an international outcry.
Weißler was accused of passing on the document. After the church governing body had distanced itself from him, he was arrested on October 3, 1936. Weißer was consigned to Sachsenhausen concentration camp on February 13, 1937, and murdered a few days later.