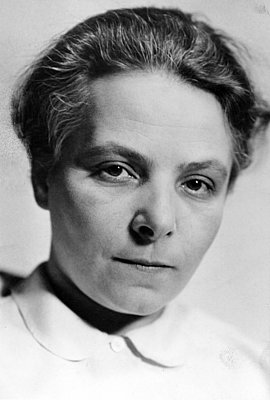 Edith Jacobson, the daughter of a Jewish doctor, was a neurologist and a well-known psychoanalyst. Up to 1933 she was active in Otto Fenichel’s “junior seminar,” composed of young analysts and students at the Berlin Psychoanalytical Institute. Fenichel founded an informal group of Marxist-oriented psychoanalysts in 1929. During his emigration—in 1934 to Oslo, in 1935 to Prague, in 1938 to Los Angeles—he organized contact between about a dozen group members scattered around the world, by means of strictly secret newsletters intended only for an “inner circle.” Edith Jacobson was one of the recipients of Otto Fenichel’s newsletters. From 1932 on, she was a member of a Marxist working group run by Wilhelm Reich, with whom she also worked at a sexual advice center for young people in Berlin-Charlottenburg. On joining the New Beginning group she assumed the alias “John” and made her home available for meetings. She was sentenced to two years and three months in a penal institution on September 8, 1936, for “preparation for high treason,” serving her sentence in the women’s section of Berlin-Moabit remand prison. She continued her scientific work in prison. Early in 1938 she made use of her parole to escape to Prague. She later emigrated to the United States, where she worked as a doctor.