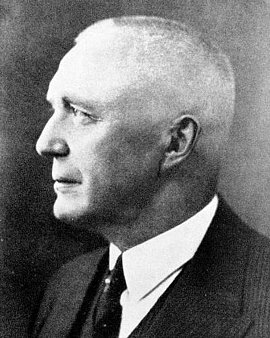 Wilhelm zur Nieden was technical director of the municipal works in Barmen from 1910 on, and held a similar position in Leipzig from 1927 on. After difficulties with the local National Socialists he resigned from his post in the fall of 1933 and worked in Berlin as a consultant for state-owned and private industry. In discussions with Carl Goerdeler in December 1943, zur Nieden agreed to serve as transport minister in the event of a successful coup. After the failure of the assassination attempt on July 20, 1944, zur Nieden was arrested by the Gestapo in August. He was sentenced to death by the People’s Court on January 19, 1945. On the night of April 22-23, 1945, Wilhelm zur Nieden was murdered with other prisoners by a special detachment from the Reich Security Main Office on factory grounds near Lehrter Straße Prison in Berlin.