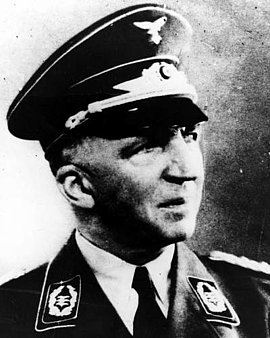 The counterintelligence officer Wilhelm Staehle came from a German-Dutch family from the county of Bentheim. He was in close contact with Carl Goerdeler from 1937 on. With their conservative outlook influenced by Dutch Calvinism, Staehle and his wife Hildegard were opponents of the National Socialist regime from the start. The Staehles were actively involved in helping persecuted persons and belonged to the helpers’ circle, “Church Aid Office for Protestant non-Aryans” (Pastor Grüber’s office). From the end of the 1930s on, Wilhelm Staehle was able to use his position as commandant of the veterans’ housing estate in Berlin-Frohnau for this aid work. He also had good connections to civilian resistance circles and to counterintelligence. Staehle was assigned by Goerdeler to inform Dutch resistance groups he was in contact with that Hitler’s overthrow was being planned. In the event of a successful coup, Staehle was designated to take over the military command in Holland and Belgium for a transitional period after July 20, 1944. Wilhelm Staehle was arrested on June 12, 1944, his wife two months later. On March 16, 1945 the People’s Court sentenced Staehle to two years’ imprisonment for aiding and abetting a political prisoner. On the night of April 22-23, 1945 he was shot by a special detachment from the Reich Security Main Office near Lehrter Straße Prison in Berlin.