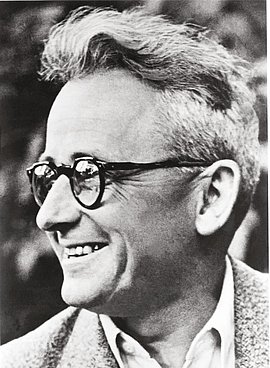 Wilhelm Hammann was called up for military service in 1916 after attending teaching college in Alzey. After World War I, he joined first the USPD and then in 1919 the KPD. In 1927 he was elected into the Hesse state parliament for the KPD, retaining his seat until 1933. He was first arrested as early as April 1933 and severely maltreated by the SA. He was imprisoned again in February 1935 and sentenced to three years in a penal institution for “preparation for high treason,” serving the term in Rockenberg penal institution. He was then transferred to Buchenwald concentration camp, where he was active in the illegal KPD group. Along with other prisoners, he developed plans for restructuring a democratic school system in 1944. He worked in the prisoners’ orderly room at times and then became barrack elder in Children’s Block 8, where he took care of several hundred children and organized secret lessons for them. Hammann obtained food and clothing, protected the children from attack by the SS, and forged contacts to relatives in the camp. When the evacuation of the Jewish prisoners began in early April 1945, Hammann and other prisoners from the orderly room saved all 159 Jewish children in his barrack from the death march. He told them to remove the yellow triangles from their clothing, organized the alteration of their entries in the prisoners’ card index, and assured the suspicious SS men that the Jewish children had already been taken away. In the general confusion of the camp’s last days, the deception succeeded. The children in Block 8 survived to be liberated on April 11, 1945. After 1945, Wilhelm Hammann was once again active in the KPD. In 1984 he was honored as a “Righteous Among the Nations” by the Israeli Yad Vashem memorial center.