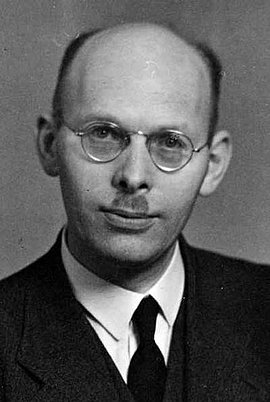 Born in Switzerland as the son of a chemist, Werner Sylten studied theology and gained experience in social work. From 1925 on he was director of a home for girls in Thuringia. He joined the Confessional Church in 1933. Since the National Socialists regarded him as “half-Jewish”, Sylten, who was close to the Religious Socialists, was the target of venomous attacks. He was dismissed from his post in 1936. Sylten subsequently headed the Thuringian office of the Confessional Church until the Gestapo shut it down in 1938 and he had to leave Thuringia. Heinrich Grüber persuaded him to work for the “Church Aid Office for Protestant Non-Aryans” (Pastor Grüber’s Office) in Berlin. Sylten gave pastoral support to Protestant victims of racial persecution, and helped them to emigrate. After Pastor Heinrich Grüber was arrested, Sylten took over the management of the Aid Office until he finally had to close it down. At the end of February 1941 Sylten was also arrested. After three months on remand he was committed to Dachau concentration camp, where he became seriously ill. In August 1942 Werner Sylten was deported in an “invalids’ contingent” and murdered in Schloss Hartheim extermination clinic near Linz.