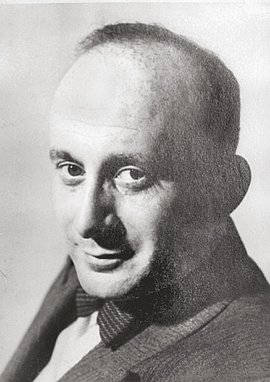 The Berlin electrician Werner Scharff was the son of a Jewish businessman from Posen. When the deportation of Berlin’s Jews began in the fall of 1941, he was employed by the Jewish Community and was one of few workmen who had access to the assembly camps for Jews. He used this position to secretly pass on letters and parcels between prisoners and their relatives. He told acquaintances in the camps the dates of their deportations so that they could escape in good time. Two years later, he and his wife Gertrud Scharff began preparing to go into hiding themselves. While his wife printed fake work ID cards, Werner Scharff set up a secret workshop with two others at Waldstraße 54 in Berlin-Moabit at the beginning of 1943. On June 10, 1943, he and his wife and his friend Fancia Grün went into hiding. They slept in the homes of various acquaintances and in the Waldstraße workshop. After four weeks, Gestapo officers recognized him at Hackescher Markt and arrested him. On August 4, 1943, Scharff and Fancia Grün were deported to the Theresienstadt Ghetto, but managed to escape a month later. At the end of September 1943, he met Hans Winkler in Luckenwalde. The two men decided to hide Jews and issue appeals against the war in flyers. Werner Scharff brought in friends and acquaintances from Berlin. The result was the Community for Peace and Reconstruction resistance group, with some twenty members. The Gestapo became aware of the group and arrested Werner Scharff on October 14, 1944. After several months in the police prison on Alexanderplatz he was consigned to Sachsenhausen concentration camp, where he was shot dead on March 16, 1945.