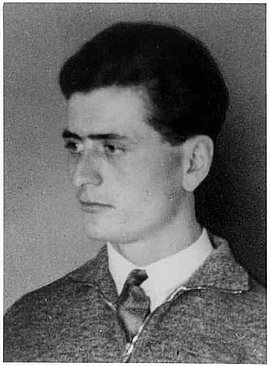 Werner Höme, an engraver, was a member of the Young Social Democrats and the Anarchist Action Group before he joined the FAUD, the German Free Workers Union (Anarcho-Syndicalists) in 1926. From 1931 on he was chairman of the Dresden Syndicalist Workers’ Federation and responsible editor of the newspaper “Der Arbeitslose” (The Unemployed Man). Höme led the Dresden anarcho-syndicalists into the underground. In 1933 he initiated several regional meetings and coordinated the network. From May 1933 on, Höme was held in custody for a considerable period. After his release from Hohnstein concentration camp in February 1934 he arranged for Kreszentia Mühsam to emigrate from Germany. With Herbert Hilse, Käthe Jünger and Ernst Schmidt he succeeded in getting Erich Mühsam’s literary estate to safety in Prague. Arrested again in June 1937, Werner Höme was murdered in the same month while in detention awaiting trial.