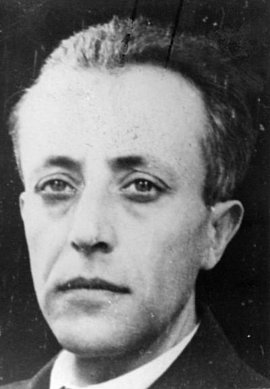 Born in Berlin in 1906, Walter Rossdorf started his working life as a salesman, metalworker, and driver. In 1933, he ran an illegal republican Reichsbanner group in East Berlin, which mainly distributed illegal magazines and information material and helped people to escape the country. He was arrested along with Theodor Haubach and others in 1934, and not released from Esterwegen concentration camp until the summer of 1936, after 18 months’ imprisonment. Walter Rossdorf was forced to take on work in 1940. He managed to get a job at Wilhelm Leuschner’s factory, where he was in contact with Hermann Maaß, Theodor Haubach, and Julius Leber. After the attempted coup of July 20, 1944, Walter Rossdorf sought refuge at a remote branch of Leuschner’s company in Bad Lauterberg, and survived the Nazi regime.