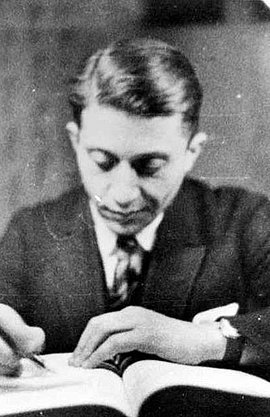 After leaving high school, Walter Loewenheim, the son of a Jewish businessman from Berlin, learned the trade of his father, Walter. After the First World War, Loewenheim joined the German Communist Party (KPD) with his younger brother, Ernst. In the 1920s the two brothers became increasingly critical of KPD politics; they left the party in 1927. Loewenheim’s analysis of the failure of the workers’ parties in confronting National Socialism attracted considerable attention in Germany and abroad. In August 1933 Walter Loewenheim wrote the programmatic pamphlet “Neu Beginnen” (New Beginning) under the pseudonym “Miles”. The pamphlet was published in September 1933 in Prague by the publishing house of the executive committee of the Social Democratic Party in Exile (SOPADE), and copies disguised as Reclam books also reached Germany for illegal distribution. By 1934 Walter and Ernst Loewenheim had become convinced that underground work in the Reich was futile and claimed too many victims. In 1935 they emigrated via Prague to Britain, where they remained after the end of the war. Walter Loewenheim died in 1977 in London, his brother Ernst in 1984.