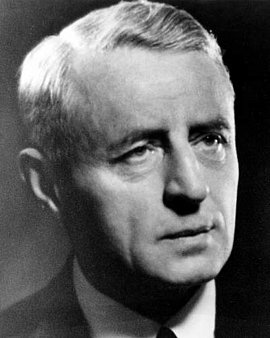 A textile merchant and member of the board of Stöhr Worsted Spinning Mill, Walter Cramer had a wide range of contacts both in Germany and abroad. After 1933 he dissociated himself from the National Socialists. As a friend of the former chief mayor of Leipzig, Carl Goerdeler, he came into contact with Goerdeler’s resistance connections early on. Cramer was married to Charlotte Weber, with whom he had two daughters and a son. He was well acquainted with some of the generals and officers involved in the plans for a coup, and increasingly condemned Hitler’s conduct of the war. In his firm Cramer distributed copies of the sermons of Cardinal von Galen opposing the National Socialists’ murder actions against mentally ill people. Cramer made intensive efforts to help persecuted Jews in Germany, as well as Jewish employees in his firm’s branches in south-eastern Europe. At Goerdeler’s request, Cramer offered his services for the planned coup as political commissioner in military district IV (Dresden). After the unsuccessful assassination attempt on Hitler of July 20, 1944, Cramer was arrested in Leipzig on July 22, 1944. He was brought from Dresden to the prison at 3, Lehrter Straße in Berlin and subjected to severe maltreatment in the Gestapo headquarters at 8, Prinz-Albrecht-Straße. Later he was transferred to Tegel Prison in Berlin. Walter Cramer was sentenced to death by the People’s Court under Roland Freisler on November 14, 1944 and murdered the same day in Berlin-Plötzensee.