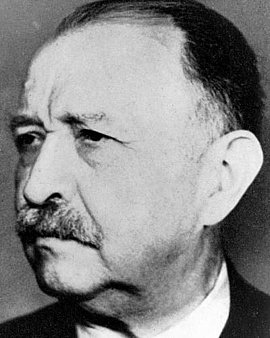 Theodor Tantzen was a qualified farmer who managed his own farm from 1898 on. He was married to Ottilie Fischer, with whom he had five sons. Tantzen was a member of the Progressive People’s Party until 1918. After the First World War he joined the German Democratic Party. From 1919 to 1923 he was the first minister president of the Free State of Oldenburg. He held various political posts and worked in different federations. Tantzen was briefly imprisoned after the German invasion of Poland. The conspirators of July 20, 1944 designated him as political subcommissioner in military district X (Hamburg). This led to Theodor Tantzen’s arrest in Bremen on July 21, 1944. He was held in various prisons and in Ravensbrück concentration camp. In April 1945 he was able to leave Nordenham Court Prison. In 1945-46 Tantzen served again as minister president in Oldenburg, and was subsequently transport minister in Lower Saxony until his death.