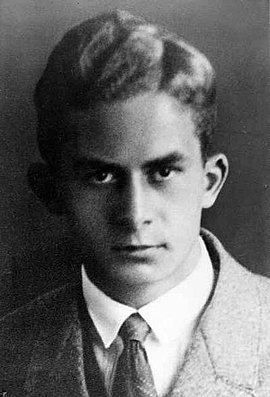 Born in Mönchengladbach and the son of a businessman, Theodor Hespers completed commercial training. He joined the Catholic youth association Quickborn at the age of fourteen. In 1925, he became a member of the Christian Social Youth movement and later the Christian Social Reich Party. Having joined the Workers International Relief organization in 1927, he visited the Soviet Union with a youth delegation in 1929. In the Westmark scouting group run by Hans Ebeling, he worked closely with the KPD to fight the rising National Socialism in 1932.

Hespers had to emigrate to the Netherlands as early as April 1933. His wife, whom he had married in 1930, joined him shortly later with their young son. In exile, Theodor Hespers continued his steadfast fight against National Socialism. He helped transport communist publications to Germany and maintained contacts to members of the banned bündisch organizations. Hans Ebeling was one of his closest collaborators. Together with Ebeling, Karl O. Paetel, Eberhard Koebel, and Walter Hammer, Hespers founded the Working Group Bündische Jugend. Hespers tried to consolidate bündisch and Catholic youth groups in exile and published the Sonderinformationen für die deutsche Jugend newsletters. He was involved in obtaining military intelligence for the British secret service and planned sabotage campaigns in the Dutch border region in 1939. He lived in hiding in the Netherlands up until his arrest in February 1942.

On July 22, 1943, the “People’s Court” sentenced Theodor Hespers to death. He was murdered in Berlin-Plötzensee as part of a mass execution of more than 200 people on September 9, 1943.