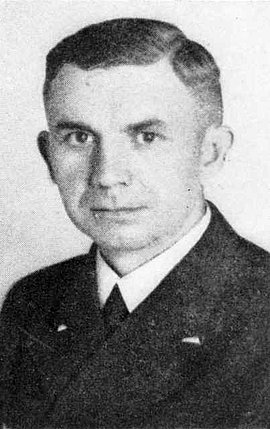 Rudolf Mandrella grew up in poverty after his father’s premature death. He began studying law under impoverished conditions in Berlin in 1923, passing his second state exam in 1933. A deeply religious man, he rejected Hitler outright. In 1941 he volunteered for the navy and came into contact with the Catholic priests around Carl Lampert in Stettin. Mandrella was denounced in 1943 for critical comments about the regime in this circle, and arrested in February. The Reich Court Martial sentenced him to death on May 12, 1943, and he was murdered in Brandenburg-Görden on September 3, 1943.