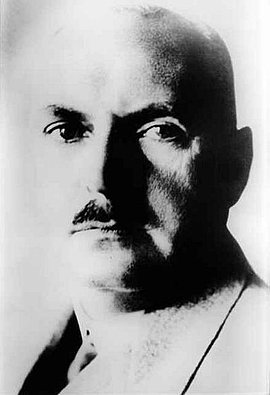 After graduating in law, in 1913 Robert Lehr began working in Dusseldorf municipal administration service. He was elected mayor of the city in 1924. He was removed from his post in 1933 and held in custody for several months. Lehr was a member of the German National People’s Party (DNVP) and chairman of the Standing Conferences of German and of Prussian Cities. He was part of Carl Friedrich Goerdeler’s wider circle. Opponents of the regime met regularly in Lehr’s house in Dusseldorf and explored questions of political organization as well as administrative practice and the reorganization of Germany’s economy and labor unions. Lehr established contact with various resistance circles through personal connections, and was at the political center of the Dusseldorf resistance circle that bore his name until the early 1940s. At the same time he organized joint Bible studies with Catholics and Protestants in the hope of alleviating the schism within the Christian Churches. The meetings in Lehr’s house were discontinued in 1943 because the Gestapo found out through its informers about the discussions held there. Lehr was able to survive the war and became one of the founders of the Christian Democratic Party (CDU) in the British Occupied Zone of Germany.