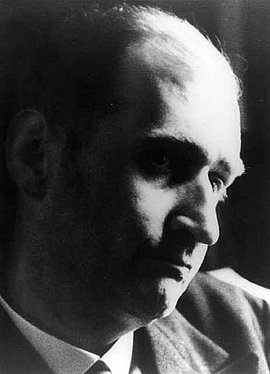 Reinhold Schneider is born into the family of a hotel owner in Baden-Baden. After his parents lose their property he becomes a clerk in 1921. He gives up his job in 1928 and devotes himself completely to working as a writer. From the mid-1930s on his writing shows a strong religious influence. Many opponents of National Socialism, particularly religious Catholics, find moral support in Reinhold Schneider’s poetic works. His historical works are understood as a protest against the National Socialist regime. When Schneider is no longer allowed to publish from 1940 on, his widely-read works in which he describes the present as the “advent of the apocalypse” and as a “catastrophe”, can now only be privately printed or illegally duplicated. In 1945 Schneider is charged with “preparing to commit high treason” because a Wehrmacht chaplain uses a collection of Schneider’s sonnets in his ministry work. However, the death sentence anticipated for Schneider is averted by the end of the war.