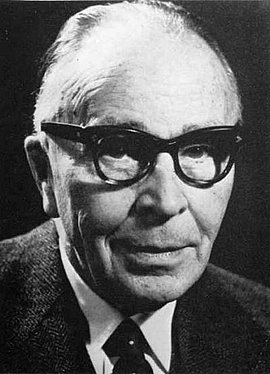 Paulus van Husen was born as the son of a doctor in Westphalia and had a strict Catholic upbringing within the family. After his state examination in law, he did military service and worked briefly as a law trainee in public service before serving as a soldier in the First World War until 1918. In 1920 he took up a post in Silesia as a probationary government officer, then as a deputy district councilor, and met Hans Lukaschek there. As chief policy officer for the regional commissioner in Oppeln, Paulus van Husen gained insight into the conflicts between the Poles and the Germans. Within a short time he had become one of the leading politicians in the Center Party in Silesia. Between 1934 and 1940 he worked as a senior administrative court councilor at the Prussian Higher Administrative Court in Berlin, but was denied promotion because he refused to join the National Socialist Party (NSDAP). From 1940 on he was cavalry captain on the Armed Forces Operations Staff in the Armed Forces High Command in Berlin. That same year he started working regularly with the circle around Helmuth James Graf von Moltke and Peter Graf Yorck von Wartenburg. In the Kreisau Circle, van Husen took on the task of establishing firm links with Catholic Church circles. In the event of a successful coup he was designated as an undersecretary of state in the Interior Ministry. After the failure of the coup attempt against Hitler of July 20, 1944, van Husen was arrested in August 1944 and held in custody for a lengthy period. On April 19, 1945, the People’s Court sentenced him and his friend Hans Lukaschek to three years in a penitentiary. One week later, on April 25, 1945, Soviet troops liberated him from Berlin-Plötzensee Prison. Later that year Paulus van Husen became one of the founders of the Christian Democratic Party (CDU) in Berlin. Between 1949 and 1959 he was president of the Higher Administrative Court and the Constitutional Court of North Rhine-Westphalia.