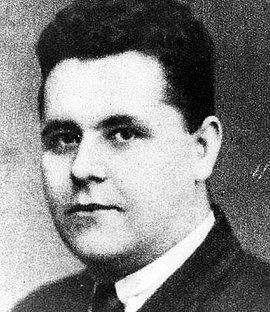 Paul Merker, a waiter, joined the German Communist Party (KPD) in 1920. He was a member of the Prussian State Parliament between 1924 and 1932 and a member of the Central Committee of the KPD from 1934 to 1946. After illegal political activity in Germany he fled to France in 1934, where he was secretary of the KPD Central Committee from 1937 on. Interned in 1940, he managed to emigrate to Mexico in 1942. He had a major influence on the Free Germany Movement in Mexico. In 1946 Merker returned to the Soviet occupied zone of Germany and became a member of the politburo of the East German Communist Party (SED). He was expelled from the party in 1950. Arrested in 1952, he was sentenced to eight years in a penitentiary in 1955 but was prematurely released from prison in 1956 and rehabilitated. Paul Merker died in Berlin in 1969.