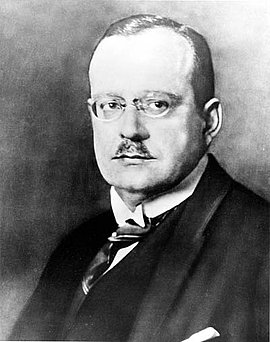 After the First World War, Paul Lejeune-Jung was director of the Society of German Cellulose Manufacturers and was regarded as one of the moderate elements in the German National People's Party (DNVP). He was married to Hedwig Folttmann, with whom he had three daughters and five sons. His political goal was to unite nationalist Catholics in a Reich Committee of Catholics. Paul Lejeune-Jung and other members of parliament left the DNVP in 1930 to found the Conservative People's Party, which disavowed increasing right-wing radical tendencies. In 1932 he joined the Center Party but was unable to continue his political activities after the National Socialist takeover. Around New Year of 1942, Max Habermann introduced him to Carl Goerdeler. At Goerdeler's request, Lejeune-Jung drafted a memorandum on restructuring the German economy after the war. His home was also the site of consultations with Habermann, Jakob Kaiser, Wilhelm Leuschner, and Josef Wirmer, and also with Fritz-Dietlof von der Schulenburg and Ulrich-Schwerin von Schwanenfeld. Goerdeler recommended Lejeune-Jung for the cabinet post of economics minister after Hitler was removed from power. After the coup attempt of July 20, 1944, failed, Paul Lejeune-Jung was arrested by the Gestapo on August 11, 1944. He was sentenced to death by the People's Court on September 8, 1944, and murdered the same day in Berlin-Plötzensee.