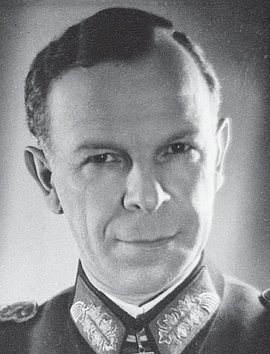 Otto Herfurth chose an officer’s career at the beginning of World War I and was taken over by the Reichswehr after the war. In 1935 he joined the Reichswehr Ministry as adjutant to the head of the Army Economics Office. He was made chief of staff for military district III (Berlin) on June 1, 1944. Although he was apparently not aware of the plans made by the conspirators around Claus Schenk Graf von Stauffenberg, he received the “Valkyrie” commands on July 20, 1944. Herfurth granted permission to alarm the entire military district. After the attempted coup failed, he was arrested, sentenced to death by the “People’s Court” on September 29, 1944, and murdered that same day in Berlin-Plötzensee.