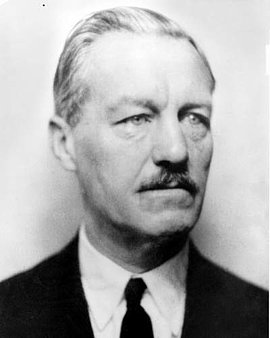 Nikolaus von Üxküll-Gyllenband completed his officer training course in the Austrian Army before the First World War, and worked as a businessman in Germany after the end of the war. He was related to Claus Schenk Graf von Stauffenberg. Although Üxküll initially welcomed Hitler’s government in 1933, he joined the military opposition earlier than Stauffenberg. In the fall of 1939, Üxküll and his friend Fritz-Dietlof Graf von der Schulenburg already tried to convince Stauffenberg of the necessity for a coup. The conspirators assigned Üxküll the role of liaison officer for the military district of Bohemia-Moravia. After the unsuccessful assassination attempt on Hitler he was arrested by the Gestapo on July 23, 1944. During interrogation, Üxküll pointed to the atrocities in the concentration camps as the reason for his involvement in the coup attempt. Nikolaus von Üxküll-Gyllenband was sentenced to death by the People’s Court on September 14, 1944 and murdered the same day in Berlin-Plötzensee.