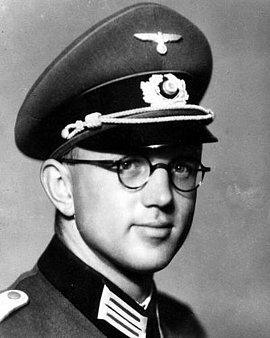 After successfully completing law studies and the first state law examination in Bavaria, Max Ulrich Graf von Drechsel decided to become a career military officer in 1934. Severely wounded in Africa in 1941, he was transferred to domestic service in Munich following a long period of convalescence in a military hospital. In 1943, he met his boyhood friend Ludwig Freiherr von Leonrod while assigned to the staff of the recruiting office for officer candidates. Six months later, Claus Schenk Graf von Stauffenberg disclosed the resistance plans of the groups around Ludwig Beck and Carl Goerdeler to Leonrod. The conspirators planned to employ Leonrod as a liaison officer in Military District VII (Munich). When Stauffenberg requested Leonrod for duties in Berlin in June 1944, the conspirators chose Drechsel as his replacement in the Munich Military District. When the Gestapo learned of his name in mid August, he was arrested in Munich. Max Ulrich Graf von Drechsel was sentenced to death by the People's Court under Roland Freisler on September 4, 1944, and murdered in Berlin Plötzensee that same day. Drechsel's parents only received their son's farewell letter in March 1945.