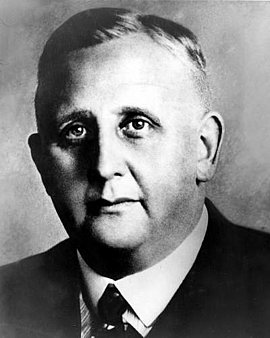 Max Habermann was a leading member of the German National Shop Assistants’ Federation until 1933. After the labor unions were smashed by the National Socialists, who placed Habermann under house arrest for a period, he opened a shop for office supplies in 1934. He was married to Anni Stoffers, with whom he had two daughters and five sons. From the winter of 1934-35 on, he was in contact with Jakob Kaiser and formed increasingly close links with him and Wilhelm Leuschner. From the beginning of the war on, Max Habermann joined Kaiser and Leuschner in planning a unified labor union to be established after the fall of the National Socialist regime. After the failure of the coup attempt of July 20, 1944, Habermann was able to hide with friends in Bielefeld. When his refuge was destroyed by a bomb attack he decided to take shelter with his wife and was arrested by the Gestapo. The next day he committed suicide in Gifhorn Court Prison.