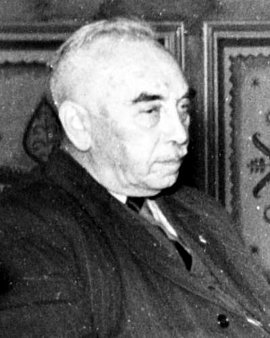 The train driver Matthäus Herrmann joined the SPD in 1904 and later held important posts as a labor unionist in the railroad federation. After the National Socialists took power he was imprisoned in a concentration camp for several months. He lived in retirement after his release. In 1944 Wilhelm Leuschner tried to persuade him to support the coup plans of the conspirators around Ludwig Beck and Carl Goerdeler. Matthäus Herrmann was considered for the post of transport minister. In the trial before the People’s Court on January 13, 1945 he gained acquittal because he satisfied the court that he knew nothing about the plans.