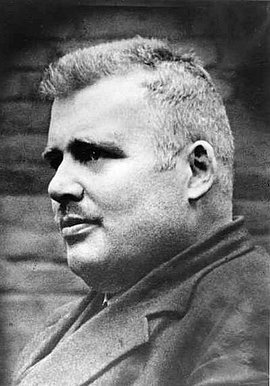 Ludwig Steil grew up in a pastor’s family. He began studying theology in Bonn in 1918, joined the German Christian Students’ Union and passed his first theological examination at the age of 22. In 1929 he became a pastor in Holsterhausen, one of the poorest parishes in Westphalia, which developed into a center of the struggle within the Church in Westphalia. In 1933 Steil and other pastors published the “Bochumer Bekenntnis” (Bochum Confession). One of its themes was opposition to the exclusion of Christians of Jewish origin from the Church community. Steil, who was a member of the Westphalian Council of Brethren of the Confessional Church from 1934 on, was imprisoned several times for short periods. When Martin Niemöller was arrested, Steil went to Berlin with some miners in 1937 to register a protest at the Reich Chancellery. After giving a series of lectures, Steil was arrested in September 1944 for criticizing the regime. At the beginning of December he was consigned to Dachau concentration camp, where he arrived the day before Christmas Eve. Ludwig Steil contracted typhoid in the camp and died there on January 17, 1945.