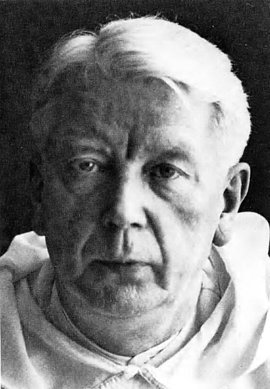 After gaining his school-leaving certificate Laurentius Siemer entered the Dominican Order and was ordained as a priest in 1914. He studied philosophy and theology as well as philology and history. Siemer became rector of the Order’s high school in Vechta in 1921 and was elected as Provincial of the Dominican Province of Teutonia in 1932. Although initially ambivalent toward National Socialism, he developed into a steadfast opponent of the regime. In 1935 the Gestapo arrested Siemer in Cologne during the proceedings known as the “Currency Fraud Cases”; he was interrogated and held in custody for several months. Siemer had close contact to different groups and individuals from the Resistance. He was one of the most influential members of the Committee for Matters Relating to the Orders, which was formed in the context of the National Socialists’ procedures against Catholic monasteries. The Committee’s aim was to motivate the bishops to intercede on behalf of the Orders at risk and oppose the National Socialist state more emphatically. In 1941, at the suggestion of Josef Wirmer, a close friend of Siemer’s, the resistance group in the Office for Foreign Affairs/Counterintelligence considered Siemer for the task of liaison with the Vatican. Siemer belonged to the circle around the Kettelerhaus in Cologne and gave a talk to the circle on the subject of Catholic social teaching as the starting point for the reconstruction of Germany. He also worked for Carl Goerdeler on a draft document about future relations between the state and the Church. At a meeting in the fall of 1942, Goerdeler and the Cologne circle discussed the allocation of key posts in the west of Germany in the event of a successful coup against the National Socialists. After the failure of the assassination attempt against Hitler of July 20, 1944, Siemer managed to evade arrest. He survived in a hideout until the end of the war.