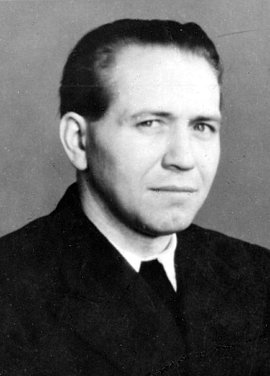 In the early summer of 1936, Kurt Schmidt and Fritz Erler formed the new leadership of Neu Beginnen (New Beginning) in Germany with Oskar Umrath and Erich Kürschner, who joined them with a group of remaining members of the Religious Socialists. They collaborated closely with the Ten Points Group/German Popular Front around Otto Brass and Hermann Brill. On September 26, 1938 Schmidt, as intermediary to the Ten Points Group, was the first to be arrested. Shortly afterwards, Erler, Kürschner and Umrath were also taken into custody. In September 1939 the People’s Court sentenced Schmidt to twelve years in a penitentiary, Fritz Erler and Erich Kürschner to ten years, Oskar Umrath to five years. Umrath died on March 6, 1943 from the effects of his imprisonment. Fritz Erler remained in prison until April 1945, then managed to escape from a prison contingent and remained in hiding until the end of the war. Erich Kürschner also survived. Kurt Schmidt survived the war in Brandenburg-Görden Penitentiary, but died in 1947 from the after-effects of his imprisonment.