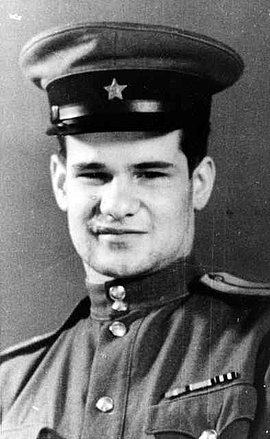 Konrad Wolf, born in Hechingen in 1925, was the second son of the doctor and playwright Friedrich Wolf, who campaigned to have abortion legalized in the 1920s and joined the KPD as a respected public health expert in 1928. Konrad Wolf, his parents and his older brother Markus, later the Deputy Minister of State Security in the German Democratic Republic, had to flee from the National Socialists in 1933. They arrived in Moscow via Switzerland and France in 1934 and lost their German nationality in April 1937. From 1942 to 1948, Konrad Wolf was a soldier in the Soviet army, taking part in the battle to capture Berlin. He then worked for the Soviet military administration and later became one of the GDR’s most important film directors and president of the East German Academy of Arts.