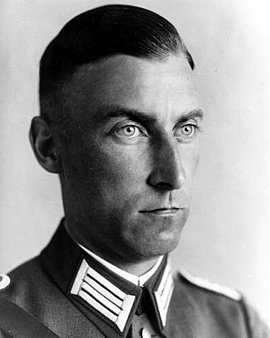 Karl Heinz Engelhorn learned of plans for a coup to eliminate Hitler from Colonel Georg Alexander Hansen. After the failure of the assassination attempt of July 20, 1944, Engelhorn was arrested and charged with treason and high treason by the senior Reich prosecutor of the People's Court. In October 1944, Roland Freisler, presiding judge of the People's Court, expanded the proceedings against Engelhorn by also indicting Major Adolf Friedrich Graf von Schack and Lieutenant Colonel Wilhelm Kuebart and including the proceedings against Colonel Alexis Freiherr von Roenne in the same trial. Kuebart was sentenced to several years in a penitentiary, whereas Engelhorn, Schack, and Roenne received death sentences. Engelhorn was put to death by a firing squad on October 24, 1944, in the Brandenburg Görden penitentiary.