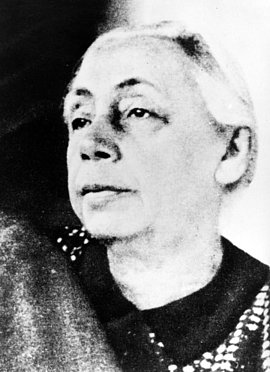 From an early point, the suffering, war, and violence around her made Käthe Kollwitz a critical artist who took a stand in the debates of her time. She wanted to shake her contemporaries into action with her posters against hunger and poverty, despair and loneliness. She also adopted a firm position against National Socialism, calling on the SPD and KPD to combat the Nazis together. Immediately after the Nazis took power, on February 15, 1933 Käthe Kollwitz was asked to leave the Prussian Academy of the Arts, where she headed the master studio for graphic art. Her husband also lost his job as a doctor. Käthe Kollwitz continued to work in silence, despite a ban on exhibiting her art. Her husband died in the summer of 1940, and her oldest grandson was killed in the war in the fall of 1942. One year later, her Berlin studio was destroyed in an air raid, including a number of her works. In deep despair and loneliness, Käthe Kollwitz died a few days before the end of the war in Moritzburg near Dresden on April 22, 1945.