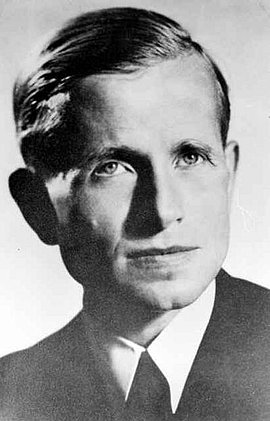 Justus Delbrück resigned from public service in 1936. In 1940 he was drafted to the Counterintelligence Office under Admiral Wilhelm Canaris. Delbrück belonged here to the close circle of resolute opponents of the National Socialist regime around Hans Oster and Hans von Dohnanyi. Delbrück collaborated closely with this circle and with Karl Ludwig Freiherr von und zu Guttenberg in the conspiracy against Hitler. After the unsuccessful coup of July 20, 1944 the close contacts between the military opposition and the staff in Counterintelligence were discovered. Justus Delbrück was arrested but managed to survive the war. In May 1945, a few days after his liberation by Allied troops, the Soviet secret police picked him up on a pretext. Justus Delbrück died in Soviet imprisonment at the end of October 1945.